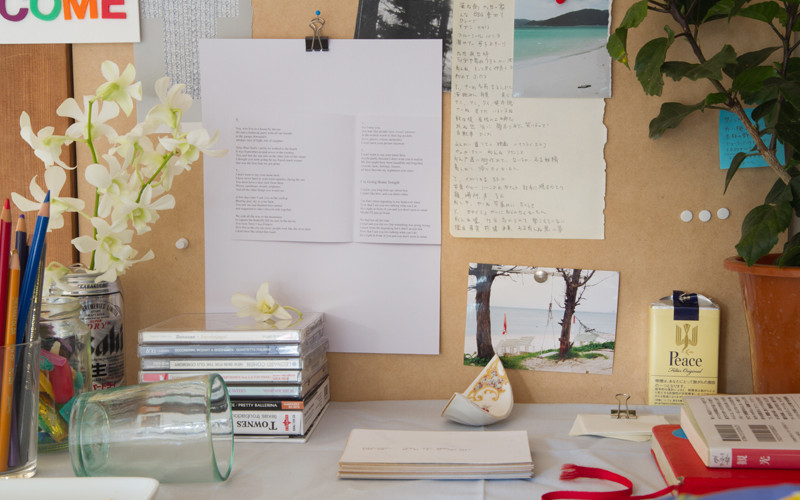 Y and I went to the same school and belonged to the same circle of friends, but we were never close. I was the quiet type, and he was the star basketball player.

At the end of the summer many years ago, we had a barbecue party at Y’s place, which was right by the beach. We were graduating from middle school that year and I was going to leave the island to go to a high school in mainland Okinawa, while Y was going to attend the high school on the island. After the barbecue, Y and I walked to the beach together. It felt strange for us to be together alone, but Y seemed not to care much. Everyone else was already at the beach playing baseball—at least that was what I thought it was, although there were only three players on both sides. Y and I sat on the beach and watched them play while eating Blue Seal ice cream. Our conversation lasted long enough that I wished we had become friends sooner. The sky was turning purple. He said that the sun set on the other side of the island. I looked back but the trees were blocking the view. Maybe, I thought, from his room on the second floor we could see the sunset better.

When the night came and my friends got bored of playing baseball, we sat together to share scary stories we knew. My dad once told me about a yellow rope swinging near the shoreline at night and if you touch it, it will strangle you and pull you into the water; I heard that the screwpine trees on the beach weep quietly at night; You know that there were seven men who drifted ashore on the island during the war, who disappeared mysteriously when the war ended? I asked my friend what happened to the soldiers. He didn’t know. “That’s not even scary,” someone said. I realized then that I never asked my grandparents about what they were doing during the war. They never talked about it so I thought I was not entitled to ask. The tragedies of the Battle of Okinawa we learnt at school seemed somewhat distant to me, even though the teachers made the stories sad and horrific. We were far from the mainland and the other islands where the battles took place. “By the way, I’m scared,” Y said. “I have to go to bed with the lights on.” We all laughed.