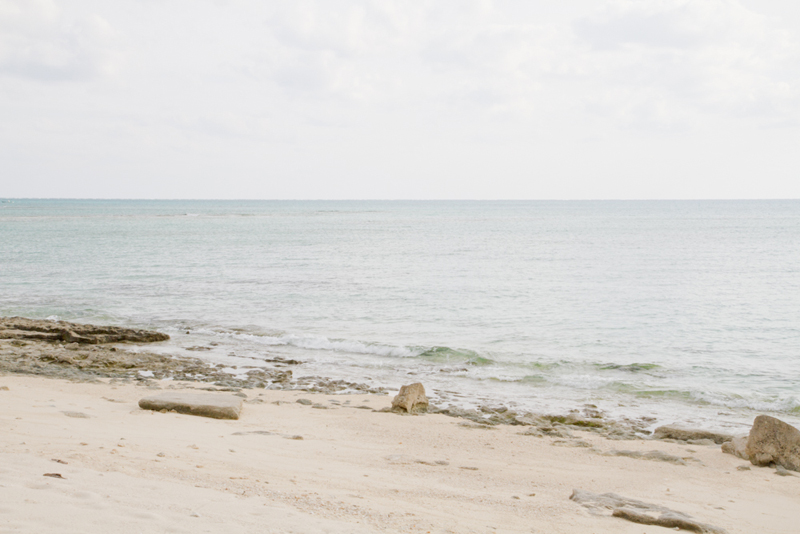 I read Kerouac’s On The Road when I was still living in New York. The novel left little impression on me, except for the last part where Sal Paradise looked, with tears in his eyes, at the sun setting over the New Jersey horizon. He was reminiscing about the land that spread on the other side of the horizon, and about his friend Dean Moriarty, with whom he had traveled across the country. The passage reminded me of the feeling of longing I had as a teenager living in a small island in Okinawa. In the summer, I would get out of the house and walk through the sugarcane fields, through the beefwood trees, to a beach facing onto the tranquil East China Sea. No one was around, and I could see the far away islands on the horizon when the weather was clear. I might have heard the crying of children coming from the other side of the grove, like the crying of Iowan kids that Sal recalled looking at the New Jersey landscape. Novels, sometimes, stir memories like that.

When I was a teenager, I desperately wanted to leave the island. I always had a yearning for newer, bigger places. When I was 16, I moved to mainland Okinawa, then to Osaka at 18, and finally to America at 20. At some point when I was living in New York, I thought that I would never return to the island.

On November 2011, I was back on the island. I walked through the sugarcane fields and the beefwood trees. On the beach I could see no one around, as always, except for a lone blue tent. I couldn’t hear any sounds coming from it so I figured it was empty.

It seemed like a silly thing to do, but I had brought with me a copy of On The Road. I sat on the beach, and read the passage out loud. As I read, I realized that the scenery in front of me was different from what came to my mind when I first read it, far removed from the memory of my teenage years and the yearning that flooded back my mind, making me feel nostalgic. There on the beach, I felt nothing. The sky was grey and I couldn’t see the outline of the islands on the horizon nor could I see the sunset. Above all, I realized that I somehow remembered the passage wrong. It wasn’t Sal who cried thinking of Dean Moriarty. It was the girl called Laura who (almost) cried.

I lived in America for several years. There I found many places that I fell in love in with. Now I was far away from all of those places. It had been a while since I left. My English had deteriorated considerably since and I stuttered and stammered as I read the passage. The wind was cold. I had almost forgotten how cold it gets during the winter in Okinawa. Facing the gray horizon, I thought of America. Then I heard some noise from behind and saw a tall American backpacker crawling out of the tent, the one I thought was empty. He was wearing a pair of boxers and a white T-shirt. Wasn’t he cold? The sun was beginning to set. Slightly embarrassed, I packed my stuff and left the beach.